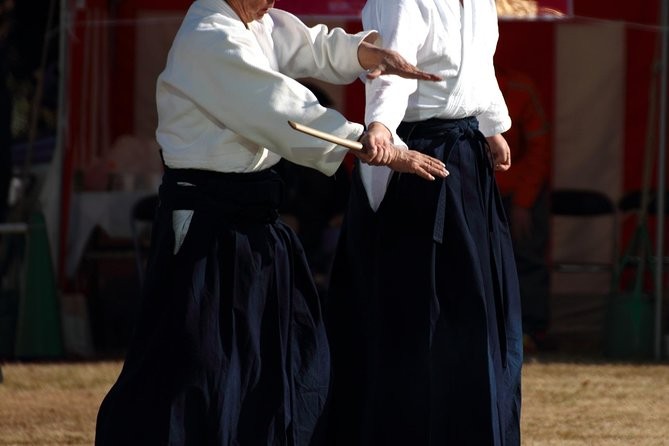 People decide to learn martial arts for a variety of reasons. Some want to stay as fit and active as possible as their age will permit. Others just want to learn something new and chose martial arts because they never had the opportunity before. Still others see the lessons as a way to de-stress and re-centre themselves after a hectic day. Aikido is one martial art that can help with all three.

Maybe your first experience with it was during one of the incursions Sydney wide, a local dojo made to schools or businesses in the area. Or maybe it was during a trial class you signed up for. However you’ve encountered Aikido, you’ve probably noticed that your instructors would urge you to apply your Aikido lessons to everyday life, too, not just on the mat. But what does this mean?

The truth is, you can learn certain life lessons through this martial art. Here are some of them.

You Can Stop Violence Before it Happens

There are some techniques in Aikido that involve pre-empting an attack and stopping it in its tracks – and the same principle applies just as well to life.

You don’t have to wait until harsh words are said and blows exchanged to do something to alleviate the tension. In some cases, waiting only worsens the situation. Instead of standing back and letting aggression build, you can choose to intervene.

Repositioning is a Good Idea

In Aikido, most – if not all – techniques involve you stepping out of the line of attack so you’re not there when it lands. You also learn to look for different angles so you can redirect your partner’s attacks more effectively.

While problems are rarely physical in daily life, the same idea can work very well. When there’s a lot of hate directed at you, or you know you’ll have to deal with certain problems, it’s okay to step out, both to gain more perspective and to position yourself so you’re better able to deal with the problem at hand.

It’s very difficult to learn Aikido techniques without a training partner. Both tori (the active partner) and uke (the one on the receiving end of the technique) are important roles. That’s why Aikido students learn to value their partners.

This is perhaps the most important life lesson you can learn. Whether you’re dealing with a spouse, an employee, or a business partner, you won’t get anywhere if you don’t see them as important. For example, without your spouse, the full burden of parenthood will fall on your shoulders. Your business partner may have an idea you wouldn’t have come up with on your own.

In short, each of your partners has something to teach you, just as you have something to teach them. That’s why it’s crucial that you value them and treat them accordingly – just like in Aikido, where each technique is executed not out of aggression, but out of love and respect.

How to Handle a Sexual Harassment Case?

How Often Should You Get Your Ducts Professionally Cleaned?