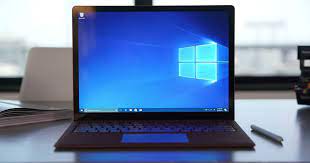 Recently, Intel launched the latest intel drive update that claims to improve the performance of the Windows 10 and Windows 11 devices. The Intel DCH driver 30.0.101.1191 is a recent update for the people who use the Intel core processor.

This latest batch is available for users accessing the Intel 6h gen processor and advanced processor. The latest update aims to fix the issues that users are experiencing with the Desktop Window manager.

This is a form of window manager built within the operating system for app Windows, thumbnails, high-resolution monitor, and visual effects.

The window manager is the essential part of Windows 10 and is a highlight as the Desktop Window Manager and DWM.exe in the computer’s task manager. It is one of the essential graphical user interfaces; however, it cannot be disabled easily because its role is increased in Windows 10/11.

Desktop Window Manager must operate in the backdrop most of the time and won’t eat up a lot of the device’s computational power. Desktop Windows Manager often uses 2-8 percent CPU and only 100 MB RAM on the systems. And that’ll suffice for a seamless performance.

However, if there is a bug in the Intel driver set and OS itself, it can easily result in higher resource usage. In that case, the DWM consumes more RAM than it needs. This also causes steadiness issues in the Windows 10 and 11 versions.

What are the Other Improvements People See with Intel Driver Update?

In addition to these stability issues, the Intel driver update also focuses on improving the graphic driver, which is the core part of the update.

For example, Intel claims that playing Halo: Combat Evolved Anniversary in traditional graphics mode enhanced performance. This update corrects an issue that might cause frequent breakdowns or delays when playing certain games.

How to Install Intel’s Latest Driver Update on Windows?

Intel’s driver update has been rolling out, and if anyone is looking to update it in Windows, here are the simple steps that people need to follow:

Where Microsoft is working to handle the steadiness problems in the DWM on computer devices, Intel has already launched the Intel driver update by using Intel’s integrated graphics. This helps to stabilize the Desktop Windows Manager with the help of the Intel Integrated graphics.