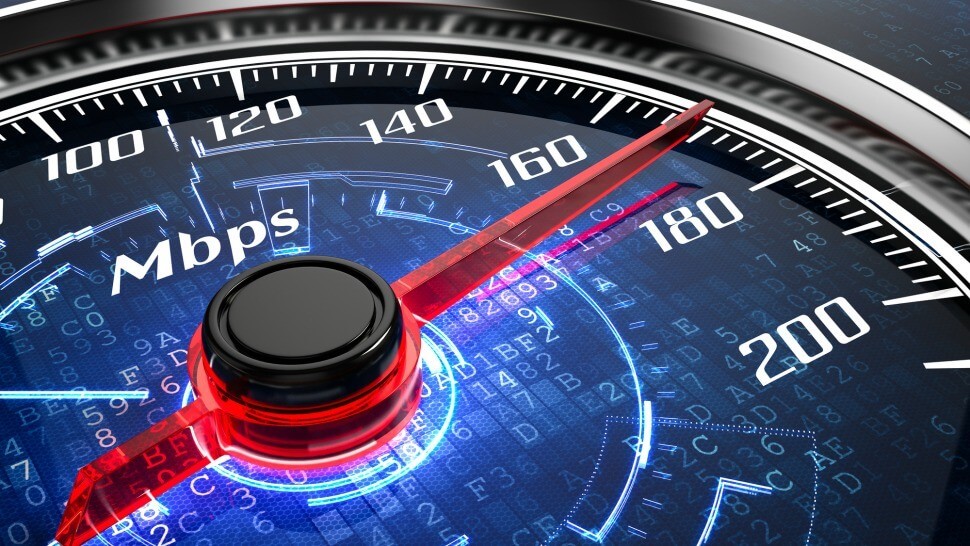 When the 5G era arrives, the internet will get faster for everybody. Unfortunately, the 5G era isn’t really here yet. The technology exists, and a few masts have been installed, but most places in the world are a few years away from being able to take advantage of the incredible speeds it will offer. Until then, we’re stuck with 4G technology and the speeds we have now – and there are some occasions where that speed isn’t fast enough. All of us would ideally like our connection speed to be a little faster, and it’s a constant frustration when we switch suppliers only to discover there’s no real change.

If you live in an area where connection speed is restricted, there unfortunately isn’t much you can do about it. If your friends and neighbors routinely enjoy must better speeds than you do, though, there probably is. There’s probably something about your hardware or software that’s preventing you from getting the best connection possible. If so, one or more of these five tips might provide you with a solution and help you to wave goodbye to buffering and slow downloads!

Reset Your Router Once A Month

Routers can be left on every hour of the day for every day of the year, and most of the time, they’ll go about their business happily. That doesn’t mean you should treat them that way, though. Every time you reset your router, you pick up a fresh connection to your service provider. All those little background connections drop away, and your new connection will only do the things you want it to do for the first few days of operation. Nine times out of ten that results in a noticeably faster connection, and best of all, it’s a really easy thing to do safely. If your router is in a hard-to-reach position, you could even buy a programmable router that switches itself off and on again in the middle of the night when nobody’s using the connection. This is a fix that can take care of itself!

Stay Away From Demanding Browsers

Google Chrome chews up a lot of bandwidth even when it isn’t really doing anything. That’s not to say most big-name browsers are much better, because they’re not. This isn’t even just about bandwidth – many browsers also take up far more of your CPU than they ought to, and there’s no reason why you should have to put up with it when streamlined options exist. You might find that windows open much faster for you if you try to load them through a streamlined browser like Opera or DuckDuckGo. As both of those browsers are free to use, there’s no harm in trying them out and finding out if your whole system is a little more agile because of it.

Demand To Know Your Data Cap

The marketing material for your ISP will make loud boasts about maximum connection speeds but will probably have very little to say about your data cap. In some cases, your data cap won’t even be listed, but you can rest assured that it’s there, and it might be restricting your connection speed. If your speed is fine for some of the month and then horrible for the rest of it, it’s probably your data cap that’s to blame. To make matters worse, you’ll end up paying more for your connection than you should. Call your provider, ask them whether you’re exceeding your cap, and agree a new deal with them if you are. If they can’t provide you with one, find someone who will.

Turn Off Your Games Consoles

Video games are almost always playable online these days, and being online means downloads are required. The console that’s always switched on in your corner might be sucking up data for downloads and patches while you’re trying to work on your computer. Not all games do this – online slots websites, for example, will take up no data at all. That’s because the games you’ll find at online slots websites are purpose-built to minimize data usage and make them accessible to everybody. Chances are, though, that you’re not using your shiny PlayStation or Xbox to play UK slots. You’re more likely to have something that downloads gigabytes of data every month and chokes your connection, and that’s why they need turning off once in a while. You’ll get your best connection speeds when there’s almost nothing else in your house connected to the internet.

Go Back To Using Cables

We love Wi-Fi. It’s one of the greatest inventions of all time, and it’s made the internet available almost everywhere on planet Earth. It’s also become the default connection for home networks – and it shouldn’t have done. In almost all cases, ethernet connections are faster than Wi-Fi connections, and we don’t see that changing any time soon. If you always use your laptop or computer in roughly the same place, have cables available so you can tap directly into your connection and get a faster, more reliable service. This doesn’t only have to apply to your laptop. You can also speed up the connection of your games console, smart television, tablet, or any other internet-connected device that’s currently using Wi-Fi. Your whole house could be faster because of it!

We have one more tip, and we’re going back to your router. If it isn’t giving you all that you feel it should be, move it. The closer your router is to the device that needs an internet connection, the better that connection will be. If everyone in your home uses the internet regularly in different rooms, put your router right in the middle of your home. You might need to give it its own special table, but who cares when everything starts running quicker? Telephones used to have their own dedicated tables, so there’s no reason that routers shouldn’t when they’re the modern-age equivalent!

It’s unlikely that your average connection speed will ever be as quick as the one that was advertised to you when you signed up with your ISP, but it can still be faster than it is now without buying any special hardware to boost it. Experiment with this advice today, and enjoy faster internet without paying extra!